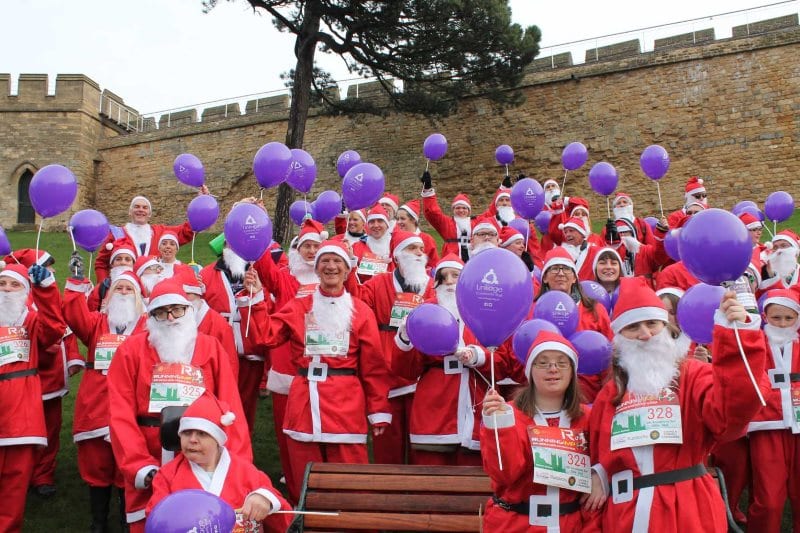 LN6 was well represented at the 2015 Lincoln Santa Fun Run with a team of around 100 from the learning disability charity, Linkage, raising money for the Boultham Park Restoration Project. The team included LN6 Committee Vice-Chairman, Tony Barker, who went in the fast lane to complete the 3.5k route around Uphill Lincoln and then take photographs of others from Team Linkage, complete with their purple balloons as they finished inside the grounds of Lincoln Castle. Some 2,500 people entered the charity run/walk on Sunday 13th December.

Linkage was one of 10 charities to benefit from the 10th anniversary event and the organisers, the Rotary Club of Lincoln Colonia, hope to raise £100,000 from this year’s milestone event.